Home » About us » Researchers 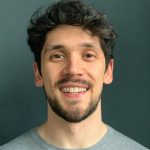 Santiago’s research interests are shaped by the emerging trend of combining data learning and control theory. 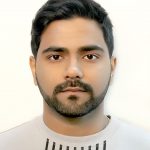 Arijit joined the University of Groningen as a PhD student in October 2020. In 2019, he received his M.Tech in Systems and Control Engineering from Indian Institute of Technology Bombay, India. Prior to that he completed Bachelor of Technology in Electrical Engineering. In 2019-2020 he was working as a Process Automation Engineer in Bloom Energy India Pvt. Ltd. 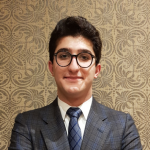 Armin Pirastedzad was born in Iran. He received his B.Sc. and M. Sc. degree in Electrical Engineering at the University of Tehran. 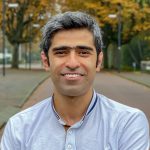 Mohammad Hossein Abbasi was born on August 10, 1989, in Eilam, Iran. He received his B.Sc. and M.Sc. in Mechanical Engineering from Sharif University of Technology, Tehran, Iran, in 2011 and 2013, respectively. Between 2013 and 2016, he was mainly working in companies and research institutes such as Durali’s System Design and Automation, and Niroo Research Institute.

From October 2016 to November 2020, he was a Ph.D. student within Center for Analysis, Scientific Computing and Applications at the Department of Mathematics and Computer Science at TU Eindhoven, under the supervision of Wil Schilders, Nathan van de Wouw and Laura Iapichino. Since November 2020, he is working as a postdoc at the Mechanical Engineering Department of TU Eindhoven in the subproject 6 of the Digital Twin project. 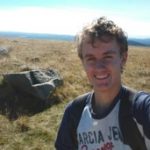 Bas is a PhD candidate in the Digital Twin research program and a member of the Dynamics and Control group in the Mechanical Engineering faculty at the Eindhoven University of Technology. For his PhD project, he is supervised by prof.dr.ir Nathan van de Wouw and dr.ir. Rob Fey.

His current research is focused on developing methodologies for the autonomous updating of the models governing a digital twin, based on experimental data obtained from a physical machine such that a digital twin remains an accurate representation of its physical copy throughout its lifetime. The methodologies developed during this project will be applied to an industrial use case provided by ASM-PT.

Bas has received both his Bachelor’s and Master’s degree in Mechanical Engineering at the Eindhoven University of Technology. During his studies he developed a lasting interest in structural dynamics, model updating, model reduction, and machine learning. 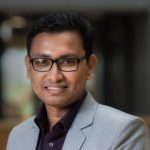 Hossain Muhammad Muctadir obtained his Professional Doctorate in Engineering (PDEng) degree in Software Technology from Technical University of Eindhoven in 2020. His graduation project was executed in the context of the Internet of Food project, which is a consortium of leading food production and research organizations like Unilever as well as Wageningen University and Research. During this project, Hossain designed and developed a platform where organizations can share heterogeneous computational models as service among themselves. Moreover, during his PDEng, Mr. Muctadir participated in the development of several software intensive products in collaboration with global players like ASML and Philips Healthcare.

Mr. Muctadir received his bachelor’s degree in Information Technology with a Software Engineering major from the University of Dhaka, Bangladesh (2013) and master’s degree in Software Systems Engineering from RWTH Aachen University, Germany (2017). He worked with FEV GmbH for his master’s thesis where he studied Software Product Line (SPL) in the context of the automotive industry and implemented a similarity analysis framework that helps to identify SPLs from existing software components. Hossain has been working as a software developer for more than five years in different organizations, both in Bangladesh and Germany. During his professional career, he developed desktop and web applications as well as augmented reality applications for HoloLens. 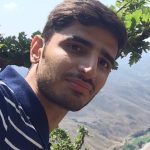 He is going to work on hybrid model-data approaches for machine level anomaly detection and isolation within the Digital Twin project, under the supervision of Prof. Nathan Van de Wouw and Prof. Carlos Murguia. 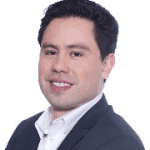 David has a diverse background, he holds a bachelor degree in Chemical Engineering from the UNAM university in Mexico. Additionally, he holds two master degrees, one in Operational research specialized in Electrical Engineering, from the University of Edinburgh; and in Automotive technology specialized in Model Driven Software Engineering, from the Eindhoven University of Technology. Also, David has professional experience working in manufacturing and sustainability; where he developed himself with the electrotechnical industry in sustainability related regulations, standards and product design. During his studies, David has worked in the design of  complex system and  has developed practical knowledge in Digital Twins, particularly in the usage life cycle phase of digital twins. 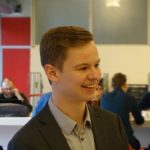 Lars Janssen was born in the Netherlands and received his B. Sc and M. Sc. in Mechanical Engineering at the Eindhoven University of Technology. His interest lies in dynamics and control and the mathematical challenges within the project. 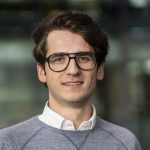 Wouter Weekers is a Ph.D. candidate within the Dynamics and Control group of the department of Mechanical Engineering at Eindhoven University of Technology. During his Ph.D. he is supervised by prof. dr. ir. Nathan van de Wouw and dr. Alessandro Saccon (MSc).

His current research is focused on developing a data-based performance optimization strategy to make control systems agile under changing circumstances, guaranteeing optimal performance in terms of time-varying system behavior, while dealing with changing circumstances of use, hard constraints related to hardware and customer specifications, and nonlinear system behavior.

Wouter received both his B.Sc-degree in Mechanical Engineering, and his M.Sc.-degree in Systems and Control from Eindhoven University of Technology in 2018 and 2021, respectively. During his studies he gained interest in dynamics, control, robotics, machine learning, and optimization. 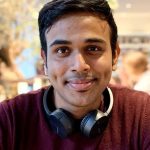 Raghavendran completed his Masters in Embedded Systems at TU/e. His Master thesis assignment was on creating and validating a Domain Specific Language for Arrowhead Framework. This thesis work piqued his interests in the areas of Industry 4.0, modeling, meta-modeling, model checking and IoT and eventually, he decided to do his research in these areas. 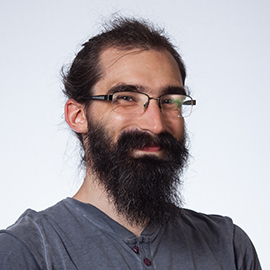 Gyula is fond of (abstract) mathematics and developing algorithms, and is interested in optimization and control problems in the presence of uncertainty. 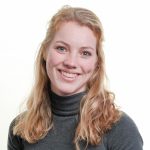 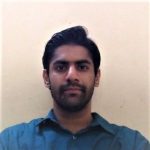 As a part of the Nonlinear Solid Mechanics chair, and in collaboration with the Precision Engineering chair of the University of Twente, Aneesh works as a PhD candidate in the Digital Twin project under the supervision of dr. J. Hazrati Marangalou and dr.ir. W.B.J. Hakvoort.

Aneesh focusses on developing and updating robust and efficient models of multi-stage metal forming processes, by combining model based Engineering with physics inspired data interpolation approaches. The objective of his research aims to predict product attributes and estimate the occurrence of failure in the process, considering manufacturing deviations and uncertainties. The project is in collaboration with the industrial partner Philips. 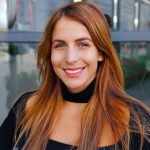 She obtained her Integrated Master’s diploma in Computer Science and Engineering at the University of Ioannina, Greece, where she was born and raised. Ioanna finds a particular interest in explanatory data mining, ethical machine learning, statistical analysis and predictive modeling. 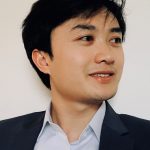