Home » About us » Project leaders

Bayu Jayawardhana is a professor in Mechatronics and Nonlinear Control Systems at the Faculty of Science and Engineering, University of Groningen, Groningen, the Netherlands. He is currently the director of Mechanical Engineering masters program and board chairman of Engineering and Technology Institute Groningen at University of Groningen. His research interests include the analysis and control design of nonlinear systems with applications to robotic and mechatronic systems, smart industry and renewable energy. He holds editorship positions in various international journals and conferences in the field of systems and control. He has published over 100 peer-reviewed scientific articles. He is a vice-chair of IFAC TC on Nonlinear Control Systems and IEEE CSS representative for IEEE Life Science Communities.

Matthijs van Leeuwen is associate professor and group leader of the Explanatory Data Analysis group at Leiden Institute of Advanced Computer Science (LIACS), Leiden University, the Netherlands. He is Programme Manager of the Master Computer Science, and affiliated with both the Leiden Centre of Data Science (LCDS) and university-wide Data Science Research Programme (DSRP).

His primary research interest is exploratory data mining: how can we enable domain experts to explore and analyse their data, to discover structure and—ultimately—novel knowledge? Van Leeuwen was awarded several grants, including NWO Rubicon, TOP2, and TTW Perspectief grants, best paper awards, co-organised international conferences and workshops, and is on the editorial board of DAMI and the guest editorial board of the ECML PKDD Journal Track. He was guest editor of a TKDD special issue on ‘Interactive Data Exploration and Analytics’. 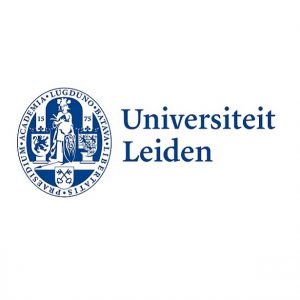 Mark van den Brand is a full professor of Software Engineering and Technology in the Department of Mathematics and Computer Science, and a visiting professor at Royal Holloway, University of London. His current research activities are on model driven engineering, domain specific languages, meta-modeling, model management, digital twins, and automotive software engineering. His research is industry inspired; he works with most of the high-tech companies in the Eindhoven (The Netherlands) region. He has been an invited lecturer and keynote speaker at various conferences, workshops and doctoral schools. He was and is member of PCs on workshops and conferences related to software engineering, language engineering, rewriting, reverse engineering, and software maintenance. He initiated the special issues of Science of Computer Programming devoted to academic software development (Experimental Software and Toolkits), and since 2007 has been guest editor of six of these. He is on the editorial board of the journals Science of Computer Programming, Open Computer Science, and Computer Languages (COLA). He is Editor-in-Chief of the Journal on Automotive Software Engineering. He is associate Editor-in-Chief of the Software Section of the Science of Computer Programming. He is deputy Editor-in-Chief of platinum open access journal JOT.

Nathan van de Wouw obtained his M.Sc.-degree (with honours) and Ph.D.-degree in Mechanical Engineering from the Eindhoven University of Technology, the Netherlands, in 1994 and 1999, respectively. He currently holds a full professor position at the Mechanical Engineering Department of the Eindhoven University of Technology, the Netherlands. Nathan van de Wouw also holds an adjunct full professor position at the University of Minnesota, U.S.A. He has been working at Philips Applied Technologies, The Netherlands, in 2000 and at the Netherlands Organisation for Applied Scientific Research, The Netherlands, in 2001. He has been a visiting professor at the University of California Santa Barbara, U.S.A., in 2006/2007, at the University of Melbourne, Australia, in 2009/2010 and at the University of Minnesota, U.S.A., in 2012 and 2013. He has held a (part-time) full professor position the Delft University of Technology, the Netherlands, from 2015-2019. He has published the books ‘Uniform Output Regulation of Nonlinear Systems: A convergent Dynamics Approach’ with A.V. Pavlov and H. Nijmeijer (Birkhauser, 2005) and `Stability and Convergence of Mechanical Systems with Unilateral Constraints’ with R.I. Leine (Springer-Verlag, 2008). In 2015, he received the IEEE Control Systems Technology Award “For the development and application of variable-gain control techniques for high-performance motion systems”. His current research interests are the modelling, model reduction, analysis and control of nonlinear/hybrid and delay systems, with applications to vehicular platooning, high-tech systems, resource exploration, smart energy systems, mechanical ventilation and networked control systems.

Tamas Keviczky is a professor in Networked Cyber-Physical Systems at the Delft Center for Systems and Control, Faculty of Mechanical, Maritime, and Materials Engineering, Delft University of Technology, Delft, the Netherlands. He received an M.Sc. degree in electrical engineering from the Budapest University of Technology and Economics, and a Ph.D. degree from the Control Science and Dynamical Systems Center, University of Minnesota, Minneapolis. He has worked for Honeywell Laboratories in Minneapolis, and was a postdoctoral scholar at the California Institute of Technology in Pasadena. He was a co-recipient of the American Automatic Control Council’s O. Hugo Schuck Best Paper Award for Practice in 2005. He has been in the International Program Committee and served as Technical Program Chair, Editor, Guest Editor, or Organizer of several leading conferences, symposia, journal special issues, and summer schools in the field of automatic control, and in particular on distributed optimization, smart grid technologies, and predictive control. Between 2011-2017 he was Associate Editor of Automatica. He has published over 120 peer-reviewed scientific articles. His research interests include model predictive control, distributed and embedded optimization, control and estimation of large-scale systems, with applications in aerospace, automotive and mobile robotics, industrial processes, and infrastructure systems such as water, heat, and electricity networks.

Dr. Ir. Roy Damgrave works as an assistant professor at the laboratory of Design, Production and Management, part of the Engineering Technology faculty of the University of Twente. His research and education is mainly focussed on the use of Synthetic Environments and Virtual & Augmented Reality in product development processes. This research aims on realizing an appropriate decision-making support tool to determining when, how and why to use what kind of technology and how to implement it in line with the used methodology in a multi-stakeholder setting. The focus of this research is on enhancing the development of a digital system reference (a.o. digital twins, masters and prototypes) in the Industry 4.0 and Smart Industry context. This is supported by use of IoT, advance manufacturing, virtual dashboards, smart industry testbeds and remote collaboration support. Furthermore, Roy is the chair of the Research Affiliates of the International Academy for Production Engineering (CIRP), is a member of the Industrial Reality Hub and also works for the Fraunhofer Project Center at the University of Twente.

After his bachelor Mechanical Engineering Wilbert J.A. van den Eijnde (1968) started his career in 1992 as a research assistant in the mechanical research group at the Philips Physics Laboratory. In 1998 Wilbert switched to TNO Industry where he worked as project manager user centered product testing of personal care products, and footwear. In 2007 Wilbert founded the TNO start-up ConsumersVoice, which focuses entirely on user centered research. In 2017, the research resulted in his doctoral degree about skin injury due to artificial turf at the Radboudumc Nijmegen. As of 2015, Wilbert works a part-time project manager of the northern Fieldlab project Region of Smart Factories (RoSF). In February 2018 Wilbert got a part-time position as Associate Professor Smart Sustainable Manufacturing at the NHL Stenden University of Applied Technology. He is member of the NWA – Smart Industry roadmap team and since February 2020 parttime employed as project manager of the TTW perspective program DIGITAL TWIN at the University of Groningen.